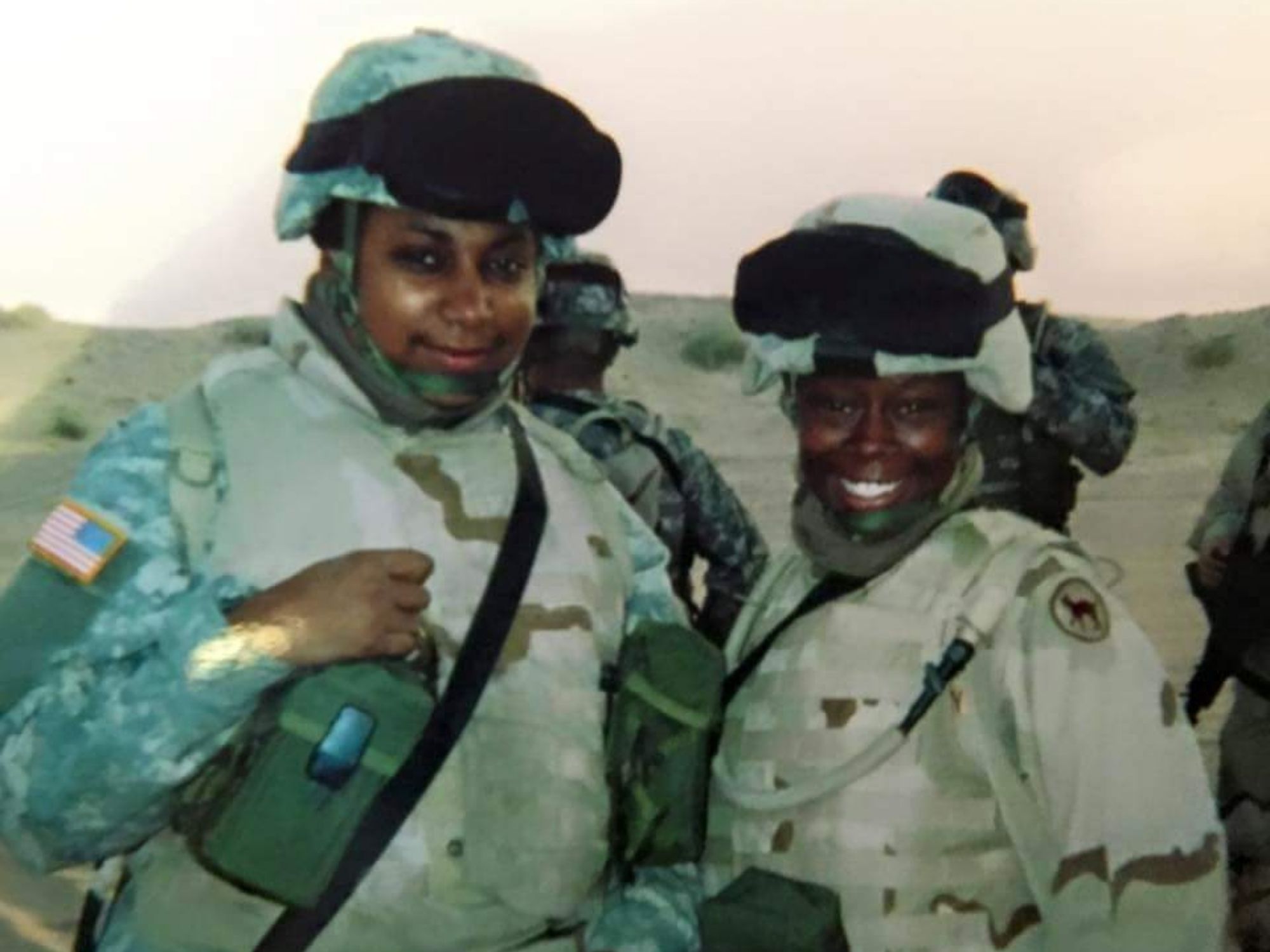 Here at Activus Connect, we take pride in celebrating our honorable veterans and their impactful life experiences. This week, Michelle House, one of our Team Experience Coordinators, tells us about her incredible adventures in the Army while serving as a military parent.

Michelle was born and raised in Staten Island, New York, where she often spent time listening to her grandfather’s inspiring war stories.

“My grandfather was an air force pilot in World War II, so he had no shortage of great adventures to talk about,” she said. “Every time he shared stories with me, I just lit up. He motivated my decision to join the military.”

Although she didn’t become an aviator like her grandpa, she did have the daring experience of parachuting out of a plane during airborne training.

Shortly after her high school graduation, Michelle shipped off to basic training at Fort Jackson, South Carolina. While there, she volunteered to further her training at the Army Missile Command/Missile & Munitions Center and School in Redstone Arsenal, Alabama.

“I got to learn about every weapon that the United States has in its arsenal,” she said. “For a young woman with a fascination for weapons and guns, it was the ultimate training experience.”

“It was all about the wings, the red berets, the boots, the jump status, and working with the best of the best elite soldiers—it was mind-blowing for a recruit like me,” she said.

Michelle’s first overseas tour was in December 1998, when she served in a unit in Korea for a year. There she had a chance to train with the Republic of Korea (ROK) Army and travel around South Korea. “It was truly eye-opening to see things I’d never seen before and meet people from a different background and culture,” she said.

Raising Kids in the Military Life

Right before traveling to Korea, Michelle became pregnant with her first son, Ja’Mir.

“Having him was scary because I wasn’t sure how I was going to make it work,” she said. “It’s not easy being a single mom at the best of times, let alone when you’re in the military. He was the first to experience the reality that mom had to go away regularly on deployments and field operations.”

Despite the challenging times, Ja’Mir’s birth made Michelle stronger and taught her how to focus on quality over quantity during periods of leave. He and his sister, Auria—who now has twin daughters of her own—both grew up in military housing, so they spent a lot of time with other military children, making friends with people of all different backgrounds.

“As the product of two military parents, the kids got to travel a whole lot,” she said. “They lived in a variety of cultures and interacted with many different people, but it wasn’t without difficulties; the frequent deployments and transfers, forcing them to reacclimate to new people and surroundings.”

While the lifestyle was undoubtedly challenging, it wasn’t necessarily a bad thing, according to Michelle. Her kids would often get excited about moving to a new place, experiencing new cultures, and meeting new people, all benefits of being a military brat.

“Where I come from, not many kids are as well-traveled as mine,” she said. “They saw so many places that I wish I had experienced as a kid. Even though we were always traveling, the one thing they could rely on was that their parents would come back to them. I’m just so glad that I was able to keep that promise, as not all those who serve to have the same outcome.”

The main things that Michelle learned from her time in the military were honor, integrity, loyalty, dedication, and the willingness to go above and beyond for the mission. Putting family first was another essential learning, as well as teaching people how to become better soldiers.

“Integrity, respect, and loyalty are not only military values; they’re things that I take with me every day,” she said. “You have to remain loyal to yourself, or you can’t show loyalty to anyone else. That carries over to work, to family, and respecting what other people do and say, even if it doesn’t align with your values.”

“I’ve learned to take myself out of situations and put other people before me so I can understand where they are coming from,” she said. “It’s helped me to look at people differently and in a much better light. It’s not always about you, but about what you can do for others.”

Michelle thinks that Activus Connect shares many of the military values she lives by.

“Activus encourages us to take full responsibility for our actions, which aligns with the integrity aspect of military life,” she said. “If we say we are going to do something, then we should always follow through. That’s how we stay honorable with our contributions.”

Michelle now resides in Harker Heights, Central Texas. “I love this area of the country,” she said. “It has so much variety and so many different cultures that it feels like being overseas sometimes. It’s an awesome place to live.”

Michelle first arrived in Texas in 2008 when her superiors ordered a permanent change of station (PCS), relocating her to Fort Hood from Fort Riley in Kansas. After Michelle retired from the Army in 2011, she spent some time in Houston before moving to Harper Heights, where she met her husband. Now she spends much of her time with her daughter, Auria, and her twin granddaughters, catching up on lost time.

“I feel like I got a second chance to be in my daughter’s life fully,” she said. “Part of that freedom comes from working at Activus, which puts its employees first and gives us time for family, which is so important for me, my daughter, and my awesome new grandbabies.”